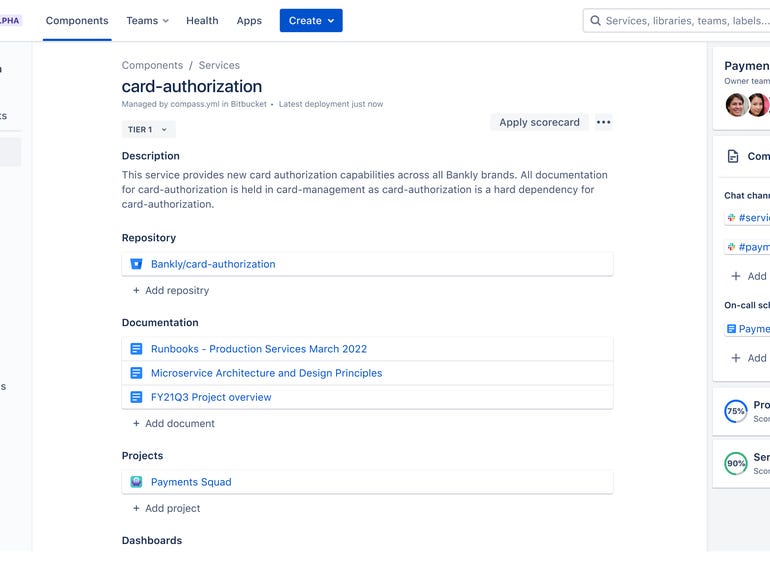 Since graduating with a journalism degree, Aimee has had her fair share of coverage of various topics including business, retail, manufacturing and travel. She continues to expand her repertoire as a technology journalist with ZDNet.

Atlassian announced the launch of Compass, a portal to help software developers navigate the complexities of building and operating a software architecture using multiple tools.

Speaking to ZDNet, Tiffany To, product manager for Atlassian’s Agile and DevOps solutions, said Compass was born out of an internal tool the company built to help its developers track the tools they were using. .

“Just like a baseline order, Atlassian manages 1,500 microservices for our cloud products, so that kind of sprawl is really difficult for [DevOps] teams to manage,” she says.

“It’s about coordinating, collaborating who owns what dependencies – it gets incredibly difficult…so we ended up creating our own tool to track all of these things.”

For this, Atlassian decided to invest more in the internal tool through its Point A innovation program and, accordingly, developed Compass.

“What we’re seeing is the work happening in Slack; they’re sending messages like, ‘Whose stuff is this? Whose is this stuff?” or “It’s broken, we should sort it out”. This is clearly not going to scale and be effective, and therefore bring it together in a tool that sits above the proliferation of all others DevOps tools that give them a unique place is part of our mission,” she said.

Compass consists of three main features. The first is a component catalog, which To describes as the “source of truth” that lists all the components that developers use to assemble their software in one place, including shared components, documentation, and any other information used to create software.

“Think of it as a parallel to Jira where Jira is your source of truth for project planning and management,” she said.

Compass can also help automatically populate the so-called health status of each component found in the catalog, so that developers can assess, measure, and assess the security and compliance they need to meet based on the integration data of each component. ‘Atlassian with third-party tools, such as GitHub. and New Relic.

“All the integrations we’ve done with third-party tools, we take the data through those integrations and then put it into dashboards on top of those components,” To said.

The new tool also includes an extensibility engine called Apps, which allows developers to customize their use of Compass. It is also fully compatible with Forge, Atlassian’s cloud application development platform launched last May.

“What we find is that you have to give the client a ton of flexibility to really customize workflows,” To said.

“By using Forge, we’re enabling these development teams to fully customize Compass to look the way they want it to, to highlight the workflows they want it to – that’s important to the adoption because we would never take an in-house tool and just try to produce and give it to everyone because we know the way we work is not the same as everyone else.”

Compass is currently available in alpha, and Atlassian plans to roll out the beta within the next two months.